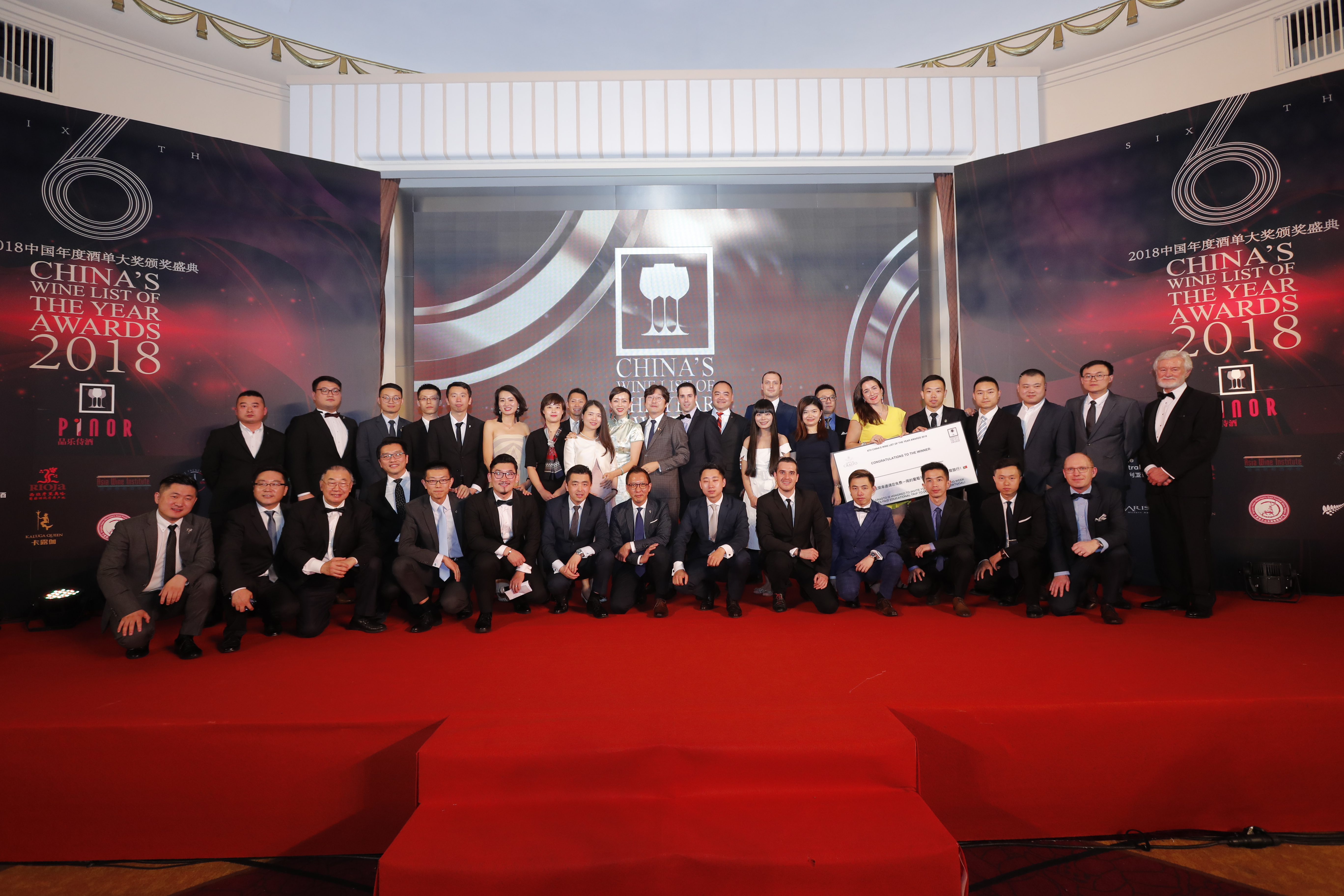 Established in 1994, by Tucker Seabrook (Estd 1838) the Wine List of theYear Awards were introduced to recognise and reward the enormous investment by owners and sommeliers of establishments, in the time, skill and resources necessary to develop the best quality wine lists wherever they may be.

The mission of China’s Wine List of the Year Awards is to seek out, assess, recognise and reward the very best Wine Lists of greater China’s finest restaurants, hotels, cafes, brasseries and bistros, pubs, wine bars and clubs – large and small, plus Airlines and Cruise Ships and their Owners / Managers and Sommeliers.

Now one of the most anticipated events on greater China’s Hospitality and Tourism industry’s annual calendar, these prestigious awards have contributed significantly to the lifting of the standard of the nation’s Wine Lists whilst at the same time recognising and rewarding the talents of many of the nation’s best sommeliers.

From the consumers perspective, the Awards have also been influential in raising the public’s interest in fine wine generally, and have improved the consumers appreciation of those participating establishments.

Today, the list of past Award winners across greater China reads like a ‘Whos Who’ of outstanding establishments and is a wonderful user map in guiding consumers to the best wines to be found in the best restaurants, hotels, wine bars, cafés, pubs, clubs and airlines across greater China.

Again in 2019, these China Awards will be judged by arguably the finest panel of independent Wine List judges ever assembled, comprised of some of the world’s most respected International and Chinese experts in Wine, Wine Service, and Wine Commentary.  The Panel of 25 judges is overseen by the two Co-Chairmen – Wine writer , Author and Judge and 27 year veteran Wine List Awards – Peter Forrestal plus the Founder and President of the Court of Master Sommeliers Worldwide – Brian Julyan MS. The Panel is made up of other Master Sommeliers – including a previous Best Sommelier in Asia-Oceania, plus Masters of Wine, advisors to the China Sommelier Association – Preparation Committee, and Sommelier Academy and Wine Writers and Commentators from some of the most respected publications both in China and around the World. It is these International and Chinese voices of wine authority that will oversee the final selection of China’s finest lists and guarantee their recognition on the world stage.

2019 will be the seventh year of the Wine List Awards in China. In 2012, the founders of the international Wine List of the Year Awards, Tucker Seabrook and Rob Hirst and the founder of the China National Sommelier Competition, and the China National Young Sommelier Team Competition, Tommy Lam, launched greater China’s first wine list Awards – China’s Wine List of the Year Awards and 2013 was the first year of Judging.

Since 2014, Vinehoo joined as a shareholder with the Awards and over the years the Awards have now developed into arguably the most recognized and respected Wine List Awards in greater China today. In 2018, PINOR was invited to become a strategic partner for China’s Wine List of the Year Awards. Founded in 2013, PINOR is today regarded as one of China’s leading wine web Media organizations and one of the most professional and rigorous in the industry.

Also, by 2018 China’s Wine List of the Year Awards, now includes more than 40special awards recognising Glass winners from over 60 provinces and municipalities across China, Hong Kong , Macau and Taiwan and together all parties in the Awards are now looking forward to furthering the positive contribution made by the Awards to the Hospitality and Tourism Industries across China in the years ahead.

2019 AWARDS PRESENTATION CEREMONIES – BEIJING & SHANGHAIIn an exciting first for the Awards, this year the 2019 China Wine List of the Year Awards Presentation Ceremony will be held in two cities – Beijingand Shanghai, on the 20th and 22nd October respectively, to recognise also the significant growth in fine dining and the quality of the wine lists in Beijing as well as Shanghai!

Winning and highly awarded restaurants will be invited to attend the awards ceremony where owners, managers and sommeliers and supporters will meet and celebrate as well as learn from and inspire each other and share their commitment to the future and their outstanding professional talents, thereby contributing towards the ultimate wine lists for restaurants and diners.

Also in 2019 another exciting first takes place – this year, in recognition of the vital role they play in committing to and investing in the very best Wine Lists – and the Wine Team and the Cellar behind them, a new Award has been announced – “China’s Outstanding Owner or F&B Director/ Wine Manager” Award. This Award will be won by the nominated – Owner or F&B Director or Wine Manager, responsible for the two winning lists from – Mainland China and Hong Kong, Macau and Taiwan.

Owners, F&B Directors and Wine Managers, this is your chance to be recognised, rewarded and respected for your commitment to and success in producing China’s finest wine lists. Sommeliers who are developing in the food and wine industry as well as experienced Sommeliers caring for excellent restaurants possessing treasured wine lists, the 2019 China Wine List of the Year Awards is waiting for you!

The Coravin Wine Preservation System lets you pour wine without opening the bottle so you can drink a sip, a glass, or more and enjoy the rest of the bottle weeks, months, or even years later.

We would love to hear from you!
Back To Top